Retired NBA star Dwyane Wade has filed a petition to legally change the name and gender of his 15-year-old son, Zion, who goes by Zaya.

Wade and his wife, actress Gabrielle Union, have said publicly since Zaya was 12 years old that the child is transgender and actually a girl. According to Wade, the child “came out” at age eight.

In a Los Angeles Superior Court petition filed Thursday, Wade asked for Zaya’s gender to be changed to female and that the teen’s name now legally be Zaya Malachi Airamis Wade.

The petition says that Wade has full authority to make decisions for his child, and that the teen’s mother, Wade’s ex-wife Siohvaughn Funches, has been notified of his actions.

Wade in 2020 posted photos of his then-12-year-old son to his Instagram account, praising the child as an LGBTQ+ leader while using female pronouns. “Everyone allow her to re-introduce herself her name is Zaya Wade!” Wade captioned a photo of the young child, who was wearing a bright green tuxedo jacket and pink sash.

“Last night was Zaya’s first red carpet and we couldn’t have been prouder of how she handled the questions that were asked of her,” the former Miami Heat guard wrote. “She has emerged as one of the young faces and voices for the LGBTQ+ community. #truthawards.”

While at an awards show where Zaya was honored, Wade gushed to the audience that the child “came out” to him at age eight. “When our 8-year-old daughter, Zaya Wade, came home and said she had something to tell us, when she came out to us, as a family, we admitted that we weren’t as educated about the LGBTQ+ plus community as we should have been,” he said.

Wade and Union apparently turned to a “male couple” to help them “navigate the right language to use, the questions to ask, and what to listen for,” with regard to the young child’s gender, the athlete said.

“They also reminded us to make sure Zaya knew her community and felt the love and support inside and outside from home,” Wade continued. “From working closely with Zaya to design her room in our homes to make sure that her most authentic self was represented and that her bedroom felt like her sanctuary. Now, that may seem small, but taking the time to make sure Zaya felt seen and heard as she created her own space for us was key. It was key to Zaya’s comfort and her confidence.”

In December, Wade similarly spoke about his biologically male child becoming who “she” is.

“I watched my son, from day one, become into who she now eventually come into,” he told the “All the Smoke” podcast.

After Wade noticed Zaya was not on the “boy vibe” that his other son was on, he said he questioned if the boy was gay and how he would feel about that. Apparently, the couple realized Zaya was really a girl.

0 27
Kinzinger: DOJ Needs to Look into Charging Trump — A Former President Is 'Not Untouchable' 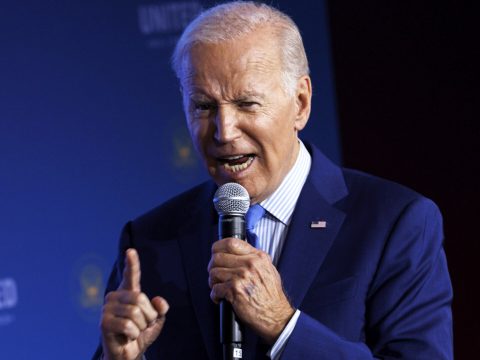 0 62
Biden Claims He’s ‘Growing The Economy’ While It Continues To Shrink, Warns Inflation Not Going Away 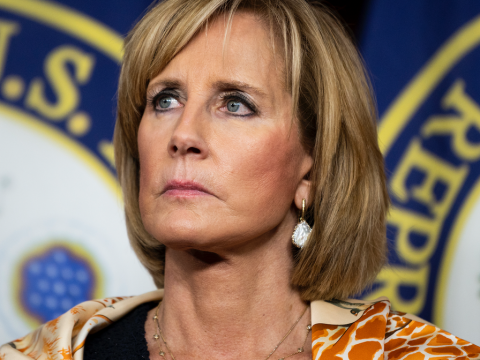