The Education Department of Maine’s Democrat Gov. Janet Mills is referring to the slogan “Make America Great Again” (MAGA), as a form of covert racism, according to a new report.

In an instructional webinar video for students and teachers discovered by Breitbart News, a slideshow presentation titled “Racism is a Virus” lists out several terms, phrases, and actions that individuals should associate with racism and white supremacy. In addition to “MAGA,” the phrase made famous by former President Donald Trump and his supporters, the slideshow lists “Calling the police on black people,” “All Lives Matter,” “anti-immigration policies,” “paternalism,” “meritocracy myth,” “colorblindness,” and “Columbus Day” as a few of the examples of racism.

“The video comes as part of a slideshow, or ‘module,’ recommended by the state Education Department’s Maine Online Opportunities for Sustained Education (MOOSE) for high school-aged students,” the Breitbart report reads. “Slide 15 of the module offers resources for students, which include only a few links, two of them being to Black Lives Matter’s and GLAAD’s websites.”

The report later goes on to reveal a separate MOOSE module geared towards high schoolers that includes an instructional video called “Root Cause,” which “teaches about ‘power, privilege, and oppression.’”

“You could be talking about how white people have power over people of color, and it’s important to know that this is a system set up intentionally to deny people equal access to opportunities,” instructor and Portland Public Schools employee Andrea Levinsky says in the “Root Cause” video. “I also wanted to add that you don’t need all of the privileged identities to have privilege. So, for example, I’m white, so I have white privilege, but I’m also a woman, so I don’t experience privilege with being a woman.”

As noted by Breitbart, MOOSE “offers numerous modules as part of [Mills’] taxpayer-funded education plan introduced in September 2021,” with the Democrat governor saying that it was created to address “the academic impact of lost instructional time” after she “recommended shutting down in-person learning in schools for months in 2020 as a response to coronavirus case surges.”

The branding of “MAGA” as racist by Mills’ Education Department isn’t a new concept, but rather falls in lockstep with the same language used by President Joe Biden to paint his political opposition as domestic enemies to the United States. During a Sept. 1 tirade that can only be described as demonic, the president repeatedly accused Donald Trump and “MAGA Republicans” of undermining democracy and the very fabric of the country.

Mills is currently engaged in a tight reelection battle against former Maine governor and GOP gubernatorial candidate Paul LePage, who recently launched his own “Parents Bill of Rights” to ensure parents’ involvement in their children’s education. While unreliable polling used by the left-leaning corporate media to manipulate public opinion has shown Mills consistently leading her Republican opponent, the race is still very competitive heading into November.

Shawn Fleetwood is a Staff Writer for The Federalist and a graduate of the University of Mary Washington. He also serves as a state content writer for Convention of States Action and his work has been featured in numerous outlets, including RealClearPolitics, RealClearHealth, and Conservative Review. Follow him on Twitter @ShawnFleetwood

All copyrights and legal uses attributed to content are located at the article origination: The Federalist Maine’s Education Department Calls ‘MAGA,’ ‘Colorblindness,’ And ‘Columbus Day’ Forms Of Covert Racism

0 66
ANALYSIS: If Not For Democrat Voters, Cheney’s Loss Would Have Been Even More Devastating 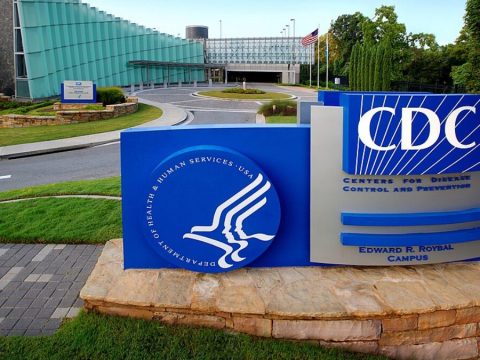