Surely the cultural establishment from Nashville to New York will claim Loretta Lynn as something of a progressive in the wake of her passing. This is not a trivial parcel of land for them to plant their flag upon, but it’s also not anyone’s to take. Lynn, whose voice rivals George Jones and Hank Williams as the defining sound of country music, is just as complicated as the world she leaves behind.

Lynn looked every bit like the southern matriarch she became after ascending to the heights of country music stardom in the late 1960s — more Scarlett O’Hara than Shania Twain — but the stories she told had fewer frills. If Williams was the Hillbilly Shakespeare, Lynn was the Hillbilly Dickinson. Unlike Williams, of course, Lynn lived to the ripe old age of 90, having shown mastery at the craft of American songwriting on later records like “Van Lear Rose” and “Wouldn’t It Be Great.”

Listen to “Miss Being Mrs.,” a piercing lamentation on widowhood literally discovered by Jack White during a visit to Lynn’s house in the early aughts. The barebones recording is American music at its finest, but the lyrics penned by Lynn herself are just as understated and just as deep.

Country went pop, but she didn’t go with it. She kept her head down and did the tradition proud.

After years of tumult, Lynn’s marriage to her well-known companion “Doolittle” ended with his death in 1996. Their relationship provided Lynn with plenty of fodder as a singer-songwriter whose few qualms about bringing the country into her world allowed her to join the cultural fray with an authentic depiction of sex and womanhood in a changing world. She alone wrote hits like “You Ain’t Woman Enough (To Take My Man),” “Rated X” and, of course, the career-defining “Coal Miner’s Daughter.”

“The Pill,” made famous by Lynn in 1975, became one of country radio’s legendary banned songs, although it ultimately became one of her most popular songs too. Therein lies the wonderful nuance of Loretta Lynn, and American women honest enough to grapple with the oddities of life in 20th-century America, where a coal miner’s daughter went from rags to riches and from “scrubbing clothes on a washboard every day” to helming a multimillion-dollar musical empire.

This duality is everywhere in Lynn’s catalog. You can hear it in her music, in the sweet feminine voice talking tough to anyone in her way, in her comfort with womanhood and her comfort with changing it. Lynn loved Jimmy Carter and Donald Trump. She wasn’t “a fan of Women’s Liberation” but did more to normalize birth control than much of the second wave.

Friend to Patsy Cline and Tammy Wynette, born in 1932 and married in 1948, Lynn had her first baby at the age of 16 and died when the average maternal age in America was 30 and women are starting to wonder if things went a little too far.

Lynn sang Shel Silverstein’s lyrics in “One’s On The Way,” released one year into the 1970s:

“The girls in New York City, they all march for women’s lib

And Better Homes and Gardens shows the modern way to live

And the pill may change the world tomorrow but meanwhile today

Here in Topeka the flies are a buzzin’, the dog is a barkin’, and the floor needs a scrubbin.’”

This is why the arbiters of American culture will struggle to capture her legacy. What the trained feminist eye might see as a tension is perfectly easy to reconcile. It’s about class. Before swerving into the carpool lane, that’s what country music did better than any other pillar of the entertainment industry.

Within hours of her passing, The Washington Post’s pop music critic absurdly wrote, “[I]f ‘Coal Miner’s Daughter’ was Lynn’s hallmark, ‘The Pill’ is her triumph, and its legacy in a post-Roe America has become more complicated than previously imaginable.”

He added, “And here’s something even messier: Lynn was an early and avid supporter of Donald Trump, the candidate-turned-president whose Supreme Court appointees, in their eventual overturning of Roe v. Wade, would help strip away the very rights that her art ultimately fought for. How do we begin to understand that?”

Well, Chris Richards, it’s not that hard. “I just think he’s the only one who’s going to turn this country around,” she said of Trump in 2016, echoing millions of other Americans who somehow manage to love both the comforts of modernity and the former president. “The Pill” is a fine song, but it’s nowhere near the class-conscious rural anthem that is “Coal Miner’s Daughter” unless you’re wearing media blinders.

Midcentury upward mobility made the American Dream real for a lot of people in Lynn’s generation, and their successes came alongside major changes to everyday life. By the time Trump came around, he was tapping into something so much deeper than partisan politics, and those anxieties were primarily defined by class.

Emily Jashinsky is culture editor at The Federalist and host of Federalist Radio Hour. She previously covered politics as a commentary writer for the Washington Examiner. Prior to joining the Examiner, Emily was the spokeswoman for Young America’s Foundation. She’s interviewed leading politicians and entertainers and appeared regularly as a guest on major television news programs, including “Fox News Sunday,” “Media Buzz,” and “The McLaughlin Group.” Her work has been featured in the Wall Street Journal, the New York Post, Real Clear Politics, and more. Emily also serves as director of the National Journalism Center, host of The Hill’s weekly show “Rising Fridays,” and a visiting fellow at Independent Women’s Forum. Originally from Wisconsin, she is a graduate of George Washington University.

All copyrights and legal uses attributed to content are located at the article origination: © The Federalist, Loretta Lynn Was The Best Of Us 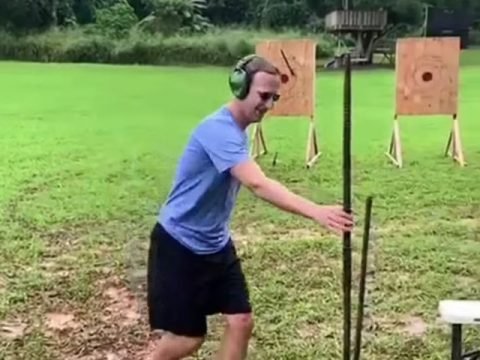