Representative Adam Kinzinger (R-IL) said Thursday on CNN’s “Newsroom” that if former President Donald Trump got the Republican nomination for president in 2024, “many” people would “move heaven and earth to ensure he doesn’t win.”

Discussing Trump, Sciutto said, “Final question if I can? You are among the names mentioned who might challenge him for the nomination in 2024, should he decide to run. It looks more and more like he will run, maybe Liz Cheney, perhaps Mike Pence. Do you believe there will be a competitive GOP primary that you will get the opportunity to do so? We saw steps in 2020 where the GOP closed the path to challenges. Do you believe that will happen again, or will you get a shot?”

Kinzinger said, “I don’t know if I’m interested in it. It is not something I’m pursuing. I want our party to be better. I want our country to be better. In terms of, yeah, I think somebody will carry the torch of what I call actually pro-American Republicanism. I don’t know who that necessarily will be. I’m focusing on the Country First stuff. There is a lot of desire out there for something different. But look, if Donald Trump gets the Republican nomination, there are many of us that will move heaven and earth to ensure he doesn’t win. I think that’s the most important. He cannot be president again.” 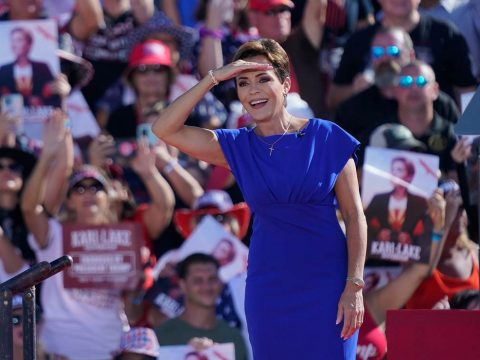