Comedian Kathy Griffin has voiced her admiration for fellow comedian Dave Chappelle, even though she believes he is fundamentally “transphobic.”

Kathy Griffin weighed in on the controversy surrounding Dave Chappelle during a recent interview on The New York Times podcast “Sway.”

“I love Dave, and I think he’s a genius,” Griffin reportedly said. However, “I just think that he’s also transphobic.”

Griffin said her transgender friends are confused about how Chappelle could tell jokes they view as discriminatory when he himself is an “oppressed minority.”

“They’re saying to me, ‘How can this guy be a black guy whose — you know, his heart beats for George Floyd, as it should, but when it comes to us, he doesn’t even — he doesn’t get it. Like, he just keeps making a joke.”

Chappelle has steadfastly refused to apologize to LGBTQ activists and the mainstream media, which have joined forces to smear him as anti-LGBTQ over jokes he has told in recent stand-up acts. In his most recent Netflix comedy special The Closer, Chappelle cracks multiple jokes about transgenderism, including one about transgender genitalia.

He also declared his belief that gender is based in biology, which has further enraged the left.

Netflix has chosen to support Chappelle in the face of overwhelming media criticism, signing him for four new comedy specials.

During the podcast, Griffin also showed support for Joe Rogan, whose massively popular podcast has been the target of a censorship campaign by the mainstream media over Rogan’s coverage of the coronavirus vaccine.

He “100 percent has the right to do [his] show wherever he wants” because “he is exercising his free speech,” she said.

Griffin infamously posed for a photograph in 2017 holding a mocked severed head of President Donald Trump. The stunt lead to her firing from CNN’s New Year’s Eve broadcast and subsequent a career spiral.

“I tried to kill myself, and ended up in the psych ward,” Griffin said. 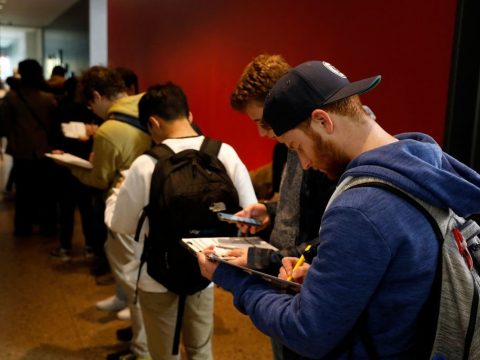