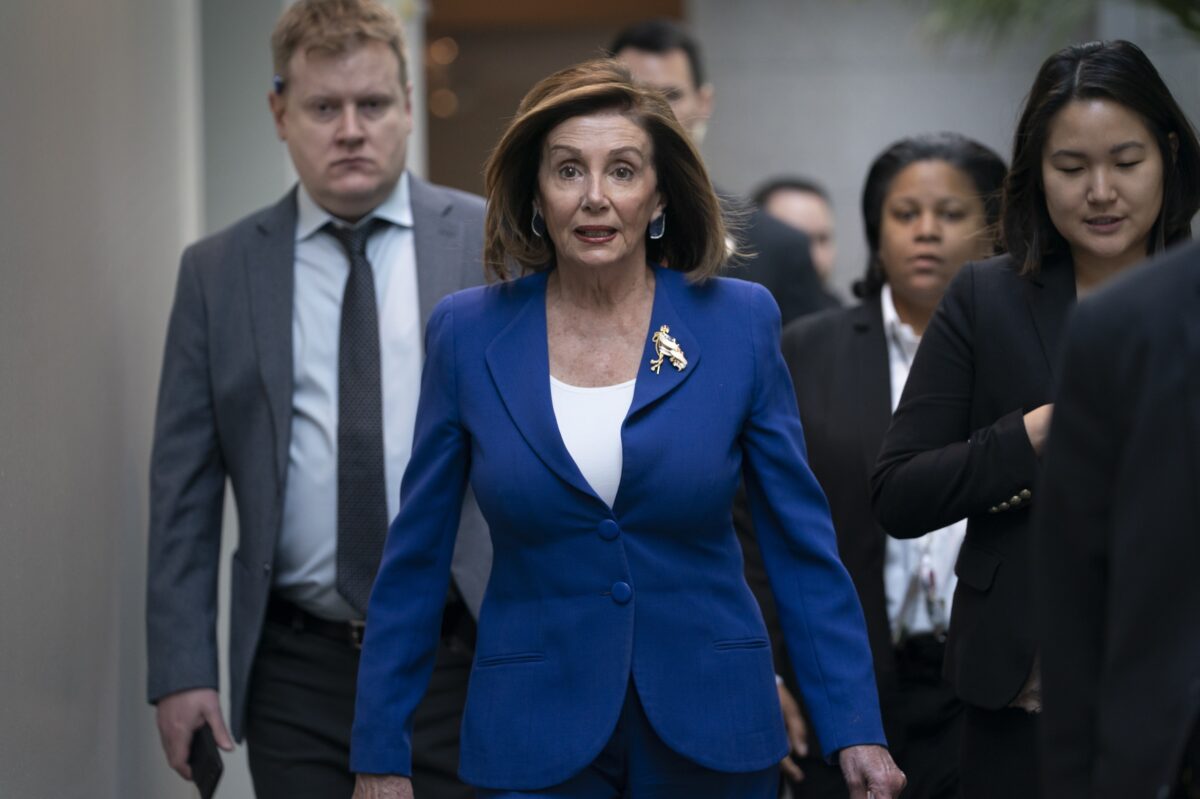 Judicial Watch said in a statement that it filed a Freedom of Information Act (FOIA) lawsuit in the U.S. District Court for the District of Columbia after Pelosi acknowledged a phone call with Milley in a Jan. 8 letter to her Democratic colleagues that was posted on her website.

The speaker said at the time that she spoke with Milley to talk about “preventing an unstable president,” referring to then-President Donald Trump, and his control of the nuclear codes.

“The situation of this unhinged President could not be more dangerous, and we must do everything that we can to protect the American people from his unbalanced assault on our country and our democracy,” Pelosi said.

Judicial Watch said the Pentagon failed to respond to an FOIA request on Jan. 11.

According to the watchdog, it is seeking “any and all records regarding, concerning, or related to the call between House Speaker Nancy Pelosi and General Mark Milley” two months ago, including transcripts, recordings, call summaries, and any other records related to the phone call.

Judicial Watch’s Tom Fitton said that Pelosi’s call to Milley would “[set] a dangerous precedent that could undermine the president’s role as commander in chief and the separation of powers,” as only Trump was the one who had control over U.S. nuclear weapons.

“Our new lawsuit aims to uncover [the] truth about the call,” Fitton added.

Around the same time, Pelosi also made a reference to invoking the 25th Amendment, which would allow Vice President Mike Pence and a majority of the Trump cabinet to remove him.

It’s not clear if Trump was ever denied access to the launch codes. About a week after the Capitol breach, on Jan. 13, the House impeached Trump for allegedly inciting violence at the Capitol; he was later acquitted in the Senate about a month later.

Pentagon officials didn’t immediately respond to a request by The Epoch Times for comment.

More recently, several House Democrats have called on President Joe Biden to give up his sole authority to launch nuclear weapons and “consider modifying” the command and control of the U.S. nuclear forces, which drew blowback from House Republicans days later.

“Democrats’ dangerous efforts suggesting a restructuring of our nuclear command and control process will undermine American security, as well as the security of our allies,” said Reps. Liz Cheney (R-Wyo.), Mike Rogers (R-Ala.), and Mike Turner (R-Ohio) in a statement.