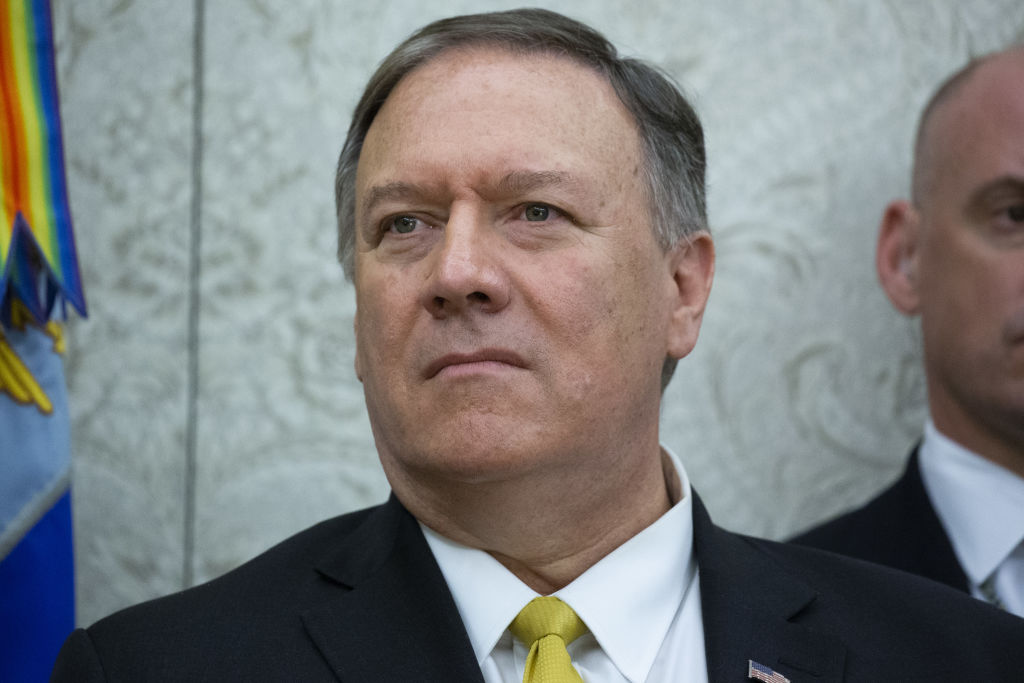 Former Secretary of State Mike Pompeo warned that the encroachment on religious liberty that he saw while stationed as a soldier in the 1980s along the Iron Curtain in Germany has since fallen across the United States.

“Today I want to speak to you about the challenges that are ahead of you as followers of Christ, and how you should approach them and overcome them,” Pompeo said during a commencement speech last weekend at Regent University, which is an evangelical college in Virginia Beach, Virginia.

Pompeo, who is a devout Christian, explained how after his graduation from West Point, he was dispatched to patrol the “border of freedom” between East Germany and West Germany before the fall of the Berlin Wall.

“Today that border of freedom is much closer,” Pompeo warned. “It’s right here in our own communities. Our freedoms, particularly our unalienable right of religious freedom, is increasingly under attack from our government, be it local, state, or federal.”

Pompeo observed that even though the founding of the United States is “deeply rooted in Judeo-Christian values,” the idea that “more and more, being a good follower of Christ” is becoming “less synonymous with being a good American.”

“There’s a growing threat right here, right in our backyard,” Pompeo warned. “Our country must remember that no one can enjoy the pursuit of happiness if you cannot own the fruits of your own labor, and no society can retain its legitimacy or a virtuous character without religious freedom.”

“I worry,” Pompeo said. “I worry that far beyond the battle lines of defense, economic or trade policy, that the battle to stop the divorce of America from its founding values is much more important. After all, it is those values, those values that make us a shining city on a hill, and give us the moral authority that permits us to lead the world.”

Pompeo further admonished that each American bears the responsibility of maintaining the rights they inherited.

“I believe the pressures that we’re seeing in our country now are going to increase, and one of these pressures is going to be hostility toward people who embrace Jesus Christ and his teaching, who are not ashamed to stand for him,” Brunson continued. “My concern is that we’re not ready for this pressure. And not being prepared is very, very dangerous on a number of levels.”