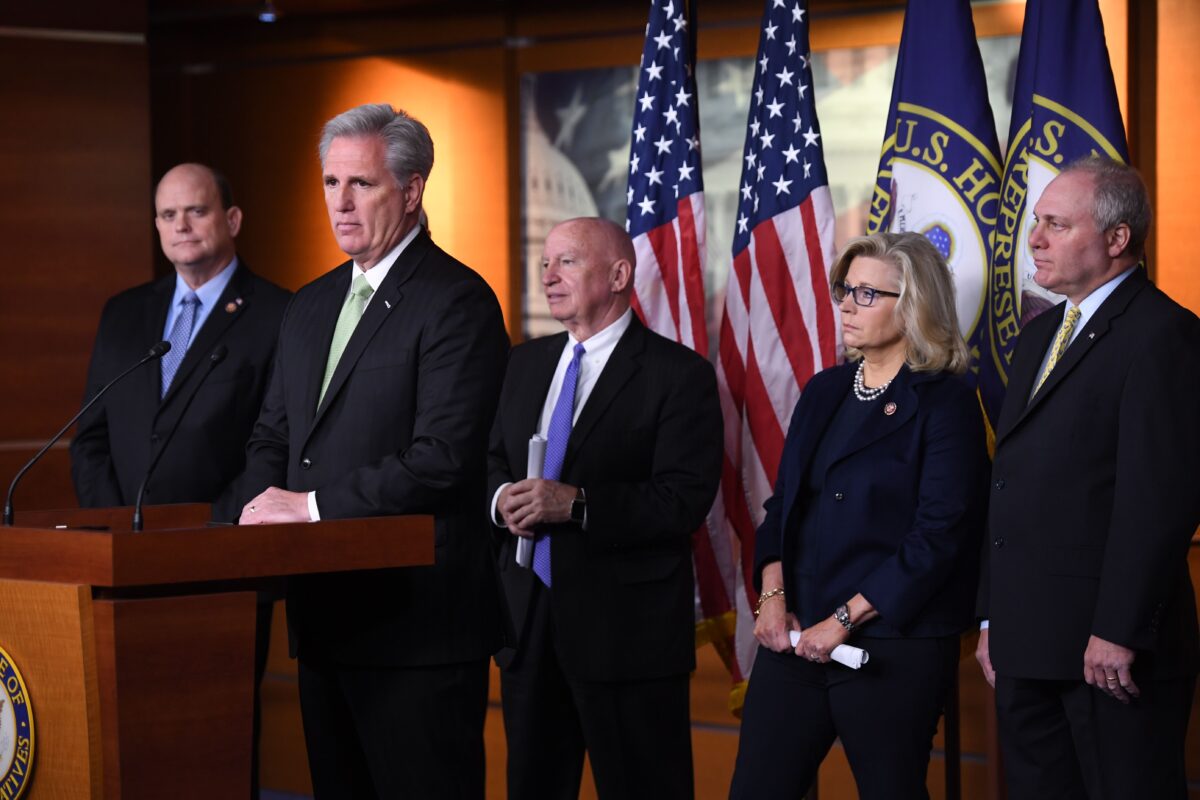 In comments during a Thursday press conference, McCarthy said he was blindsided by Cheney’s decision to join the panel, which was strongly backed by House Speaker Nancy Pelosi (D-Calif.). Cheney, who recently was ousted from her GOP leadership position, is the only House Republican to join the committee.

Now, according to McCarthy, the Wyoming Republican may face further backlash from fellow GOP lawmakers.

Cheney was among just two Republicans to vote in favor of the select committee on Wednesday. The other was Rep. Adam Kinzinger (R-Ill.), a frequent critic of former President Donald Trump and House GOP leadership.

Since the Jan. 6 Capitol breach, Cheney has taken an increasingly critical tone against Trump and Republicans who have aligned themselves with the former president, arguing that the former president should no longer be considered a leader within the GOP. But in May, Cheney was sharply rebuked after Republican House members voted to strip her of her No. 3 position, instead electing staunch Trump ally Rep. Elise Stefanik (R-N.Y.).

When Rep. Jeff Van Drew (R-N.J.) switched from Democrat to Republican following the first impeachment inquiry, he lost his Pelosi-selected committee assignments, McCarthy said. The same occurred for former Rep. Justin Amash when he left the Republican party and became an independent.

“I don’t know in history where someone would go get their committee assignments from the speaker and expect them to have them from the conference as well,” McCarthy said of the possibility that Cheney could lose her assignments. “It would seem to me, since I didn’t hear from her, maybe she’s closer to [Pelosi] than us,” he also said. “I don’t know.”

The newly formed select committee differs from the bipartisan Jan. 6 independent commission proposal that passed in the House but was later blocked by Republicans in the Senate. The committee, meanwhile, would not allow Republicans to have control over subpoenas and has no deadline to deliver a final report, Pelosi last week said it should go for “as long as it takes.”

After being named to the committee, Cheney released a statement saying she is “honored to have been named to serve” and believes it serves lawmakers’ “oath to the Constitution, our commitment to the rule of law, and the preservation of the peaceful transfer of power must always be above partisan politics.”

The Epoch Times has contacted Cheney’s office for comment.