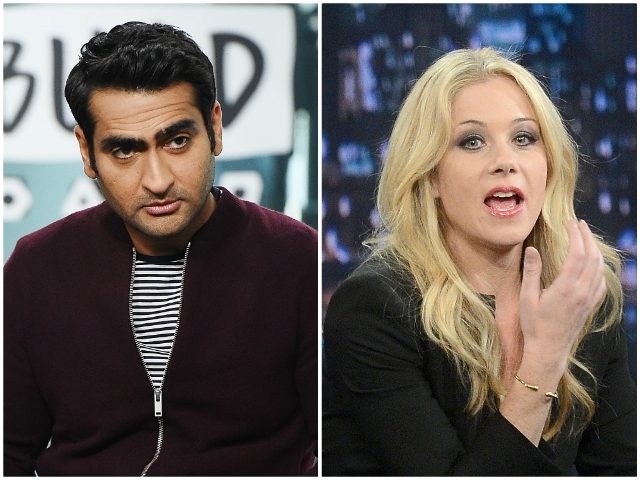 “Truly a shameful day for every Republican Senator and anyone who has ever voted for them,” Two and a Half Men star Jon Cryer wailed.

“She is one of our nation’s most brilliant legal scholars and she will make an outstanding justice on the highest court in our land,” the president said. “It is highly fitting that Justice Barrett fills the seat of a pioneer for women, Justice Ruth Bader Ginsburg.”

The swearing-in ceremony was too much for left-wing celebrities to handle. Some of them invoked Merrick Garland, who was President Barack Obama’s failed pick for the high court. None of them mentioned Justice Brett Kavanaugh, whom many celebrities smeared as a sexual predator in the left’s ultimately unsuccessful attempt to torpedo his confirmation.

Actress Amy Brenneman, who played a judge on Judging Amy, tweeted that House Republicans “do not care about Americans, at all.”

Comedian and left-wing activist Billy Eichner tweeted a photo of the late Justice Ginsburg and urged people to vote out Republicans.