The Federal Reserve announced an interest rate hike of 0.75% on Wednesday afternoon.

As inflation remains elevated and core inflation — the price level increase for all items except for food and energy — continues to rise, the central bank’s decision signals that officials are prioritizing a cooldown in cost pressures, even with potential declines in economic activity.

“Recent indicators point to modest growth in spending and production. Job gains have been robust in recent months, and the unemployment rate has remained low,” the Federal Reserve’s Board of Governors said in a statement. “Inflation remains elevated, reflecting supply and demand imbalances related to the pandemic, higher food and energy prices, and broader price pressures.”

Officials announced interest rate hikes of 0.75% in June and July — a move meant to discourage inflation by increasing the cost of borrowing money for businesses and consumers. To stimulate the economy after the lockdown-induced recession, the Federal Reserve had pegged a near-zero target interest rate and purchased government bonds from the market.

Price levels between August 2021 and August 2022 rose 8.3%, according to data from the Bureau of Labor Statistics, marking a slight moderation from an 8.5% year-over-year increase in July and a 9.1% year-over-year increase in June. Federal Reserve Chair Jerome Powell said during a hawkish speech at the central bank’s recent symposium in Jackson Hole, Wyoming, that policymakers are willing to “bring some pain” in their efforts to combat inflation and return price level changes to the long-term target of 2%.

“Price stability is the responsibility of the Federal Reserve and serves as the bedrock of our economy,” he remarked. “Without price stability, the economy does not work for anyone. In particular, without price stability, we will not achieve a sustained period of strong labor market conditions that benefit all. The burdens of high inflation fall heaviest on those who are least able to bear them.”

Powell also emphasized that the rising prices seen during the 1970s and early 1980s taught the Federal Reserve that it “can and should take responsibility for delivering low and stable inflation” despite the fact that other developed nations are witnessing the same phenomenon.

Americans now predict lower short-term and medium-term inflation amid the aggressive rate hikes. Median one-year and three-year inflation expectations both saw steep declines last month, respectively from 6.2% and 3.2% in July to 5.7% and 2.8%, according to data from the Federal Reserve Bank of New York.

Despite the rising core inflation in August, President Joe Biden said in a statement that the “essentially flat” prices are a sign that his economic agenda is effective.

“It will take more time and resolve to bring inflation down, which is why we passed the Inflation Reduction Act to lower the cost of healthcare, prescription drugs and energy,” the commander-in-chief argued. “And my economic plan is showing that, as we bring prices down, we are creating good paying jobs and bringing manufacturing back to America.”

The United States could experience additional inflationary pressures as the European Union endures an energy crisis, which has compelled factories to halt production while wholesale prices for natural gas rise more than twentyfold in some nations. Energy prices in the United States have likewise increased precipitously since Russia invaded Ukraine earlier this year.

All copyrights and legal uses attributed to content are located at the article origination: © Daily Wire, Federal Reserve Announces Rate Hike Of 0.75%

0 22
WHO warns against vaccine mandates 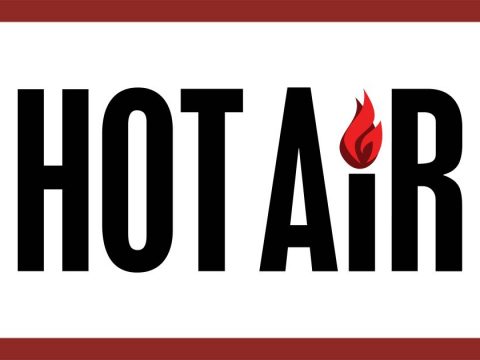