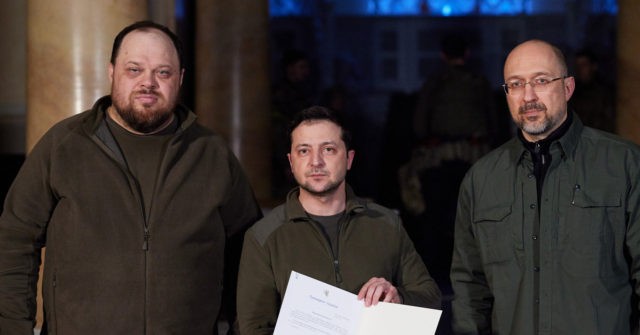 The Parliament of the European Union welcomed Ukrainian President Volodymyr Zelensky’s application to join the bloc in a resolution on Tuesday – a first step in a long and difficult official joining process that Ukraine may not technically qualify for.

Ukraine made a public display of intent on joining the European Union this week and the EU’s Parliament welcomed the move. Yet joining the Union can take years or decades and, while Ukraine has optimistically suggested “immediate accession under a new special procedure,” any of the EU’s 27 members can veto an application. Ukraine’s fulfillment of membership requirements generally also remains deeply questionable.

A joint statement of the representatives of the authorities in Ukraine on the application for Ukraine’s membership in the EU is attached.

The European Parliament declared through its President – one of several EU Presidents – “we welcome Ukraine’s application for candidate status and we will work towards that goal.”

The European Parliament is one of the less powerful bodies of the bloc and cannot unilaterally accept Ukraine even if it wished to. However, it has only at press time agreed to help Ukraine become a candidate, not a member. Indeed, the actual text of the voted resolution is nothing more than the Parliament calling “for the EU institutions to work towards granting EU candidate status to Ukraine … on the basis of merit.”

Joining the European Union is typically an extended process under which applicant nations undergo considerable transformations of their political and economic systems so better to “combine homogeneously” with its new brother-nations when accession takes place. Applicant nations are expected to adopt EU law before joining – what the bloc calls ‘transposing’ their law into national statutes – and this process is so complex and time-consuming the EU lends bureaucrats to applicants to smooth the process.

There are various EU treaties and agreements which govern these expectations of would-be members, one of the most important being the so-called Copenhagen Criteria laid out in 1993 and created in response to the anticipated sudden expansion of the EU with the end of communism. Among these is that the country possess an established, stable democracy, a functioning free-market economy, and applies the rule of law and human rights for all, including minorities.

These requirements present difficulties for Ukraine. The country experienced the Euromaidan Revolution of Dignity in the last decade, with sometimes violent protests leading to the ouster of a sitting president. Although the revolution was explicitly pro-Europe, it — as was noted at the time — ironically sets back Ukraine’s acceptance by Europe as an established and stable democracy.

EU President on Ukraine: ‘They Belong to Us… We Want Them In’ https://t.co/mrOjRtBEQZ

The present war is obviously an impediment to Ukraine joining the EU under normal rules: a state of martial law has been declared and the government has been handing out free assault rifles to all who promise to use them to kill Russians. Further, there has been a steady, if little observed, war fought between Kyiv and the areas inhabited by its Russian-speaking minority in the east of the country since 2014.

All of these things are particular to the state of war Ukraine has long been in, and can be reasonably explained away as necessities for a time of war. In terms of realpolitik, Ukraine’s struggles with Russian proxies in its eastern territories these past eight years are widely accepted, but they still rub hard against the European Union’s own rules, which never considered the possibility of admitting a nation fighting a war on its own territory when they were drafted.

But there is, for Ukraine, hope nevertheless. The country knows it has no reasonable hope of joining the European Union in short order, and even European Commission Ursula von der Leyen tempers her remarks that she’d like to see the country with an indicative “over time.”

Ukraine asks, therefore, for “immediate accession under a new special procedure,” and while this is wildly optimistic and relies on every EU member state agreeing, the European Union is free to make its own rules up and frequently does. Indeed, member states have joined in the past that shouldn’t have technically qualified but were admitted for reasons of prestige or political advantage.

Greece is by far the most discussed example of this: not fit to join when it applied in 1975, and still disastrously struggling both for its own people and the bloc as a whole, to fit in today.

Despite its economy being incompatible, its government being immature — the military Junta having only collapsed in 1974 — and its tax base incomplete, Greece was still admitted, and basically on emotional grounds. Greece is the birthplace of democracy, Europe is a Greek-origin word, any grand European project was incomplete without Greece, so the persuasive argument went.

Admitting Ukraine means open borders to a warzone, admitting a shattered and notoriously corrupt economy to the Euro currency, and the bloc defacto declaring war on Russia. The Treaty of Lisbon imposes a binding Mutual Defence Clause, after all, with its “obligation to aid and assist” a fellow EU member state if it is the victim of armed aggression.

Nevertheless, emotions run high and the countries most likely to take a negative posture towards a European Ukraine, like Germany, have been embarrassed by their previous positions in the past week and bounced into previously unthinkable policies.

Back to the real world, while Wikipedia was almost instantaneous in updating its pages on aspirant EU member states to include Ukraine this week, the EU itself has not yet updated its own official website on applicant members. The European Council, Reuters reports, is to have “an informal meeting” on March 10th and this matter is likely to be discussed. Given the Council is the EU body that ultimately vetos new members joining or not, this is the forum to watch.

‘They’re Dressed Like You and Me’ – In Kyiv, Home to Large Russian Minority, Volunteers Hunt ‘Saboteurs’ https://t.co/68ZiUr21lb 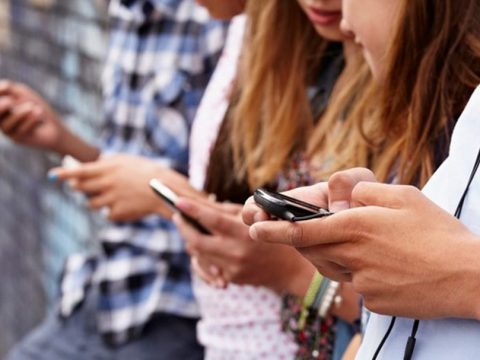