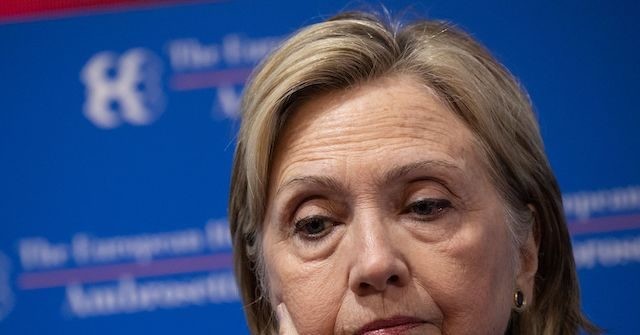 Five associates of Hillary Clinton and her presidential campaign are invoking their Fifth Amendment rights and refusing to cooperate with Special Counsel John H. Durham, according a filing in federal court revealed later Friday in Washington, DC.

The revelation emerged in a motion filed by Durham to oppose the efforts of defendant Michael Sussmann and the Clinton campaign to withhold some documents from evidence by asserting attorney-client privilege.

Sussmann is charged with lying to the FBI in 2016 when he informed the FBI about a fraudulent link between then-candidate Donald Trump and the Russian government via Alfa Bank. Sussmann allegedly presented himself as a concerned citizen, and hid the fact that he was working for the Clinton campaign.

In the filing, Durham noted that while one witness, identified as “Researcher-2,” was granted immunity from prosecution in exchange for testimony, “at least five other witnesses who conducted work relating to the Russian Bank-1 allegations invoked (or indicated their intent to invoke) their right against self-incrimination.”

Legal scholar Jonathan Turley noted in a commentary on the filing:

[Durham] is now moving to give immunity to a key witness while revealing that the claims made by the Clinton campaign were viewed by the CIA as “not technically plausible” and “user created.” He also revealed that at least five of the former Clinton campaign contractors/researchers have invoked the Fifth Amendment and refused to cooperate in fear that they might incriminate themselves in criminal conduct.

Steele is the former British spy who worked for opposition research firm Fusion GPS to produce the fraudulent Russia “dossier” that triggered government surveillance of the Trump campaign and the broader “Russia collusion” conspiracy theory.

Elias is a prominent election attorney for Democrats who arranged the funding for the “dossier” and went on to lead Democrats’ efforts to force the adoption of vote-by-mail in key battleground states in the 2020 presidential election.

Durham’s filing indicates that the government wishes to introduce evidence of communications between the “Clinton Campaign leadership” and “Campaign Lawyer-1,” who is widely presumed to be Elias, about the Alfa Bank hoax.