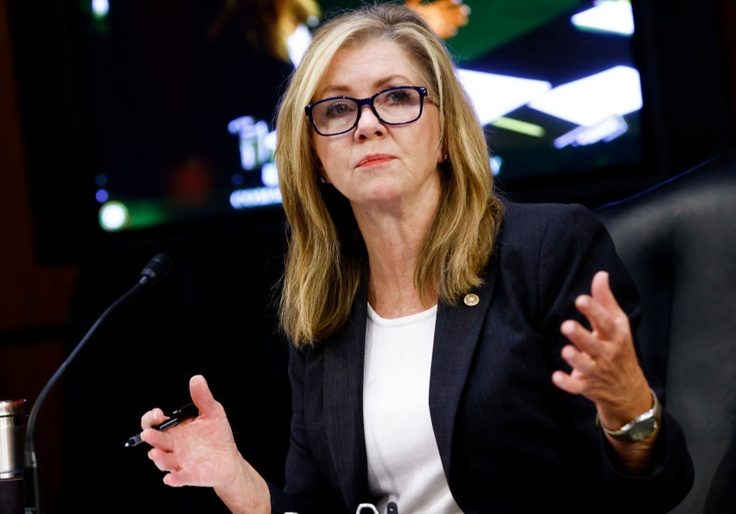 Sen. Marsha Blackburn (R., Tenn.) is pressing President Joe Biden for details of the administration’s interactions with the National School Boards Association regarding a letter that called on the FBI to investigate parents as potential domestic terrorists.

In a Tuesday letter to Biden, Blackburn cited reports from the Washington Free Beacon that association officials coordinated with White House staff and the Department of Education in the weeks before the organization sent its letter. In emails to Biden administration staffers, the association cited examples of alleged violence at school board meetings and called on Biden to deploy the FBI to investigate.

On Oct. 4, five days after the association released the letter, the Justice Department formed a task force to address the issue. On Oct. 13, Secretary of Education Miguel Cardona appointed association president Viola Garcia to the National Assessment Governing Board, which sets guidelines for an achievement test used in schools across the country.

The association’s letter and the Justice Department’s task force sparked intense blowback from parent groups that say the administration is trying to silence them for opposing mask mandates and the teaching of left-wing curricula, such as critical race theory. “The memorandum appears intended to intimidate parents across the country into silence,” Blackburn wrote to Biden.

Blackburn, a member of the Senate Judiciary Committee, is asking Biden to disclose who initiated contact between the White House and National School Boards Association and whether White House officials were involved in drafting the Sept. 29 letter.

Blackburn also questioned the circumstances of Garcia’s appointment to the National Assessment Governing Board. She says the timing of Garcia’s selection “raises serious questions about whether the appointment was linked to Ms. Garcia’s work with the White House on that letter.”

The Justice Department has faced growing calls to dissolve the task force to monitor school board meetings. A group of House Republicans called on Attorney General Merrick Garland to end the probe. The Republicans cited an apology from the National School Boards Association over some of the language in the letter.