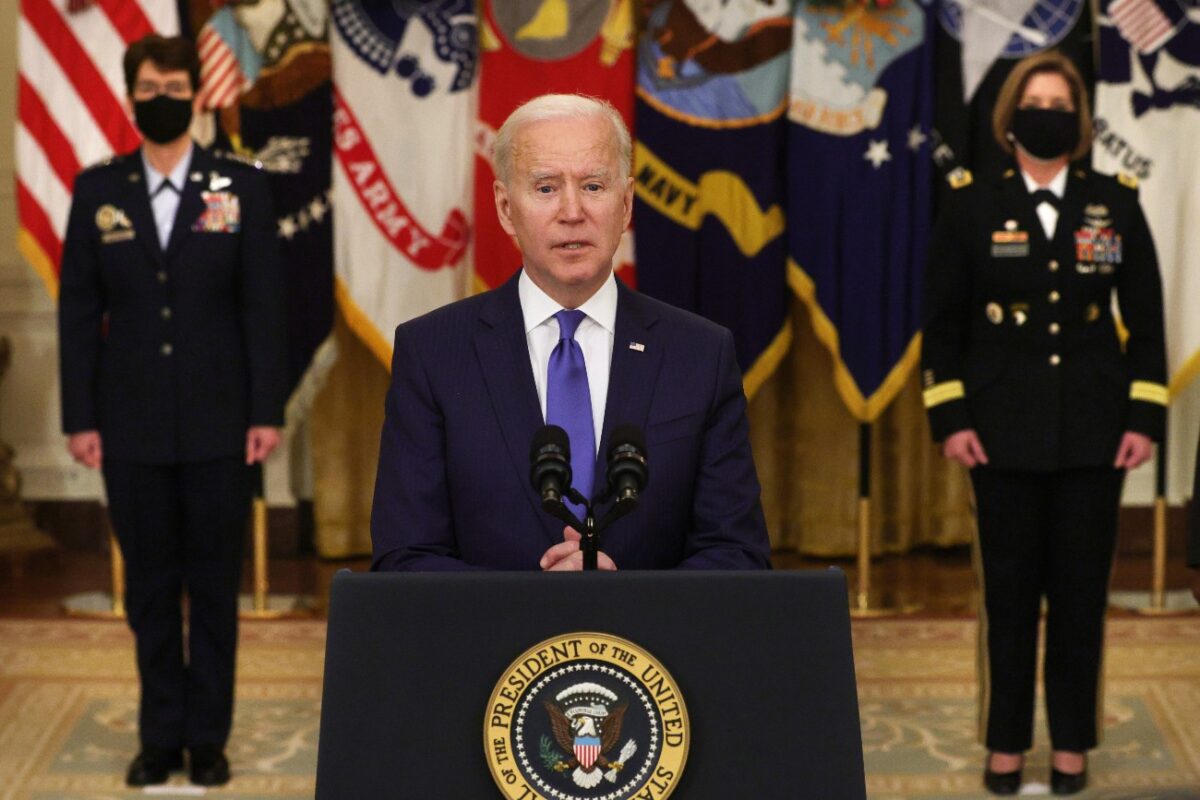 WASHINGTON—U.S. President Joe Biden will hold an online meeting on Friday with the leaders of Japan, India, and Australia, the White House said on Tuesday, the first leader-level meeting of a four-country group that seeks to promote a rules-based international order in the Indo-Pacific region in response to increased military and economic aggression by China’s ruling communist party in the region.

White House spokeswoman Jen Psaki said the meeting of the “Quad” countries showed the importance placed by Biden on U.S. allies and partners in the Indo-Pacific region.

A range of issues facing the global community was expected to be discussed “from the threat of COVID, to economic cooperation and, of course, to the climate crisis,” she said.

“This sends a very strong signal of common cause and purpose. And the goal here is basically to introduce the Quad as a new feature of regular diplomacy in the Indo-Pacific,” a senior administration official told Reuters separately.

He said the meeting planned to announce financing agreements to support an increase in manufacturing capacity for coronavirus vaccines in India, something New Delhi has urged to counter China’s widening vaccine diplomacy.

The aim was to reduce manufacturing backlogs, speed vaccination, and defeat some coronavirus mutations, the official said. Some of the additional vaccine capacity would be used in vaccination efforts in Southeast Asian countries.

The United States is looking to strengthen ties with key allies and partners as the Chinese regime adopts an increasingly aggressive foreign policy in Asia and elsewhere.

The U.S. official said Friday’s engagement would last about two hours, and lay the groundwork for an in-person meeting later in the year.

India, Australia, and Japan had all been “directly challenged by China in the recent period,” he said, adding that the meeting was intended to work on “a different vision for the future” in the region.

India’s Foreign Ministry said the leaders would address “regional and global issues of shared interest, and exchange views on practical areas of cooperation towards maintaining a free, open and inclusive Indo-Pacific region.”

India said Quad leaders would discuss efforts to combat the pandemic and explore “opportunities for collaboration in ensuring safe, equitable and affordable vaccines in the Indo-Pacific region.”

“It will be an historic moment in our region and it sends a strong message to the region about our support for a sovereign, independent Indo-Pacific,” he told reporters in Canberra.

The visit by Blinken and Austin will be the first to the Asian allies by the top U.S. foreign policy and defense officials since the Biden administration took office in January.

Biden’s administration has committed to reviewing elements of U.S. policies toward China in consultation with allies.

Asked whether the Quad could expand in future, the senior U.S. official said it remained an unofficial gathering, despite the decision to hold a leaders’ meeting.

“Each country has highly attuned domestic politics and want constructive dialogues, but also want to maintain a degree of maneuver room,” he said.

“We appreciate and understand that and seek to support it generally and we want to take it step by step. We have had discussions with other countries about other forms of informal association with the Quad and we expect those conversations will continue.”

He said South Korea was one of those countries.

By David Brunnstrom and Michael Martina. The Epoch Times contributed to this report.