After the sentencing of yet another MS-13 gang member on Long Island, residents question if the Biden administration will ever begin to effectively enforce border security.

The MS-13 gang member was sentenced to 25 years for his role in the 2016 murder of a 15-year-old boy. Eduardo Portillo, the 25-year-old now sentenced, was also previously involved in narcotics trafficking for the MS-13.

Before a Central Islip judge, Portillo apologized to the victim’s family, saying, “I understand I have failed and regret with all my heart the horrible things I did. But I can still change, and I can still become a good person.” And though Gary R. Brown, the U.S. district judge overseeing the case, said he considered a stiffer penalty, Brown settled on 300 months or 25 years because he received numerous letters from Portillo’s family suggesting he could change. The judge felt Portillo should have a second chance. The victim, Javier Castillo, was not afforded the same opportunity.

Portillo allegedly came from an impoverished family in El Salvador and had borrowed money to help him gain access to the United States. As Suffolk County District Attorney Ray Tierney said, this is typical of how the cartels operate at the border.

“Gangs have a better ability to use coyotes, and they have a greater familiarity with the system,” Tierney said. “It’s easier for gang members to come up.”

“They engage in importing drugs into the United States as well as victims of human trafficking,” he added.

More stories of victims of gang violence or drugs passing through the border leave many to wonder why the Biden administration has taken such a weak stance on border enforcement.

“Your department is unfairly terminating Trump-appointed immigration judges amid a historic border crisis and rapidly growing immigration case backlog,” according to the Republican letter spearheaded by Arizona Rep. Andy Biggs.

The Washington Times reported that nearly half a dozen Trump-appointed judges have been dismissed from the courts under the Biden administration. One judge went on the record saying how rare a situation this is.

“The dismissal of Immigration Judges on purely political grounds is unprecedented,” Matthew J. O’Brien told The Daily Caller. “It should cause concern for anyone who values border security and the rule of law. Moreover, it has dire implications for the judiciary as a whole.”

“If a presidential administration begins removing administrative law judges merely because they apply the law as written, what’s to stop the same administration from purging other courts and federal tribunals? The end result is a justice system driven by desired policy outcomes, not the fair and neutral application of statutes,” said O’Brien.

The Republican inquiry letter stated: “His termination comes at a time when the Executive Office for Immigration Review (EOIR), which operates under your department, is experiencing difficulty hiring and retaining federal immigration judges. It also comes at a time when the nation’s immigration court backlog is growing faster than ever, with more than 1.5 million cases pending. This figure is the largest in American history and is correlated with the nearly 3 million border encounters seen so far under the Biden Administration.”

The purposeful impeding of the immigration system goes along with the “de facto amnesty” policy held by Immigration and Customs Enforcement principal legal adviser Kerry Doyle, whereby federal prosecutors are quietly dismissing cases on undocumented immigrants. This mandate took effect on April 25 as a means to address America’s overwhelmed immigration infrastructure. Already 97,000 cases have been dismissed, with anticipated numbers being upwards of 480,000 by April.

Border encounters may have dropped from 240,991 in May to 207,416 in June, but with fewer managerial resources, cases will continue to be thrown out or abandoned.

Brian J. Pfail is a freelance reporter and a contributor to the New York Sun. He covers a wide variety of topics primarily focused on crime and local politics. He is a Long Island native residing in Ronkonkoma, NY. Follow him on Twitter at @brian_pfail. 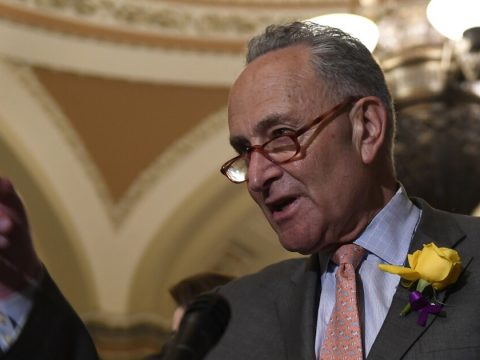